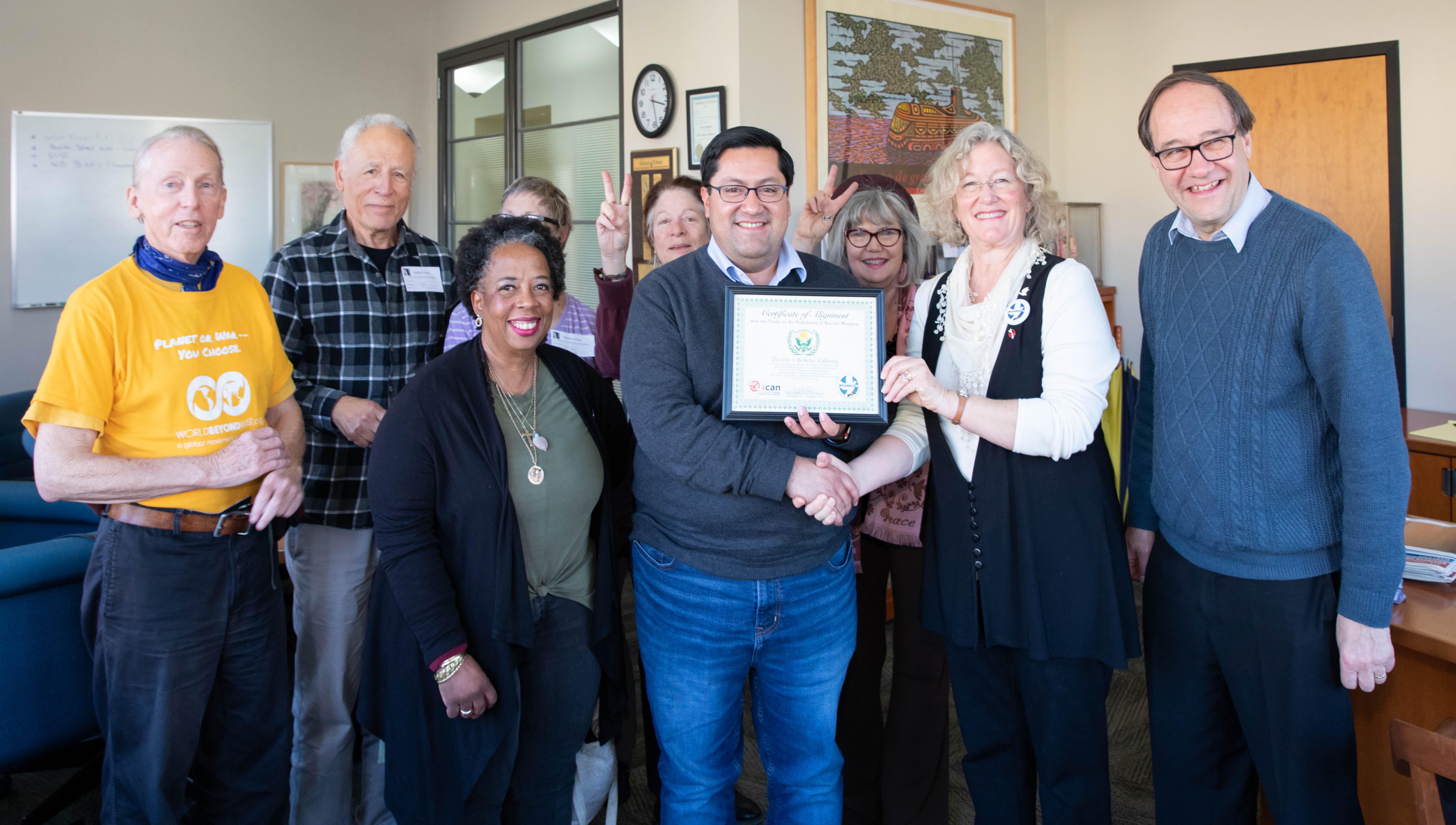 Mayor Arraguin of Berkeley, California, receives the city’s Certificate of Alignment with the Nuclear Ban Treaty, from NuclearBan.US, December 2018.

NuclearBan.US is a partner of ICAN, the International Campaign to Abolish Nuclear Weapons. The goal of ICAN is to abolish nuclear weapons, by getting as many countries as possible to sign, ratify and implement the Treaty on the Prohibition of Nuclear Weapons, by getting those countries to use diplomatic and other pressures to finally convince the United States and the other nuclear-armed nations to eliminate their nuclear weapons.

The goal of NuclearBan.US is to raise awareness in the United States of this treaty, and eventually to get the United States to sign, ratify and implement it. As a means to that end, the NuclearBan.US campaign aims to get as many members of Congress as possible to sign the ICAN Parliamentary/Legislative Pledge, committing themselves to support the treaty and the elimination of nuclear weapons. It aims to get as many members as possible of state legislatures to do the same, and to push for legislation at the national, state and municipal levels that moves those governments towards alignment with the Nuclear Ban Treaty in the meantime.

Alignment with the Nuclear Ban Treaty means creating a commission to explore the implications of doing any or all of the following, or already moving to do the following through a legally-binding statute or ordinance:

Our campaign in the US Congress is to build support for the Nuclear Ban Treaty, by:

Our campaign in states is about:

In cities and towns, our goal is: