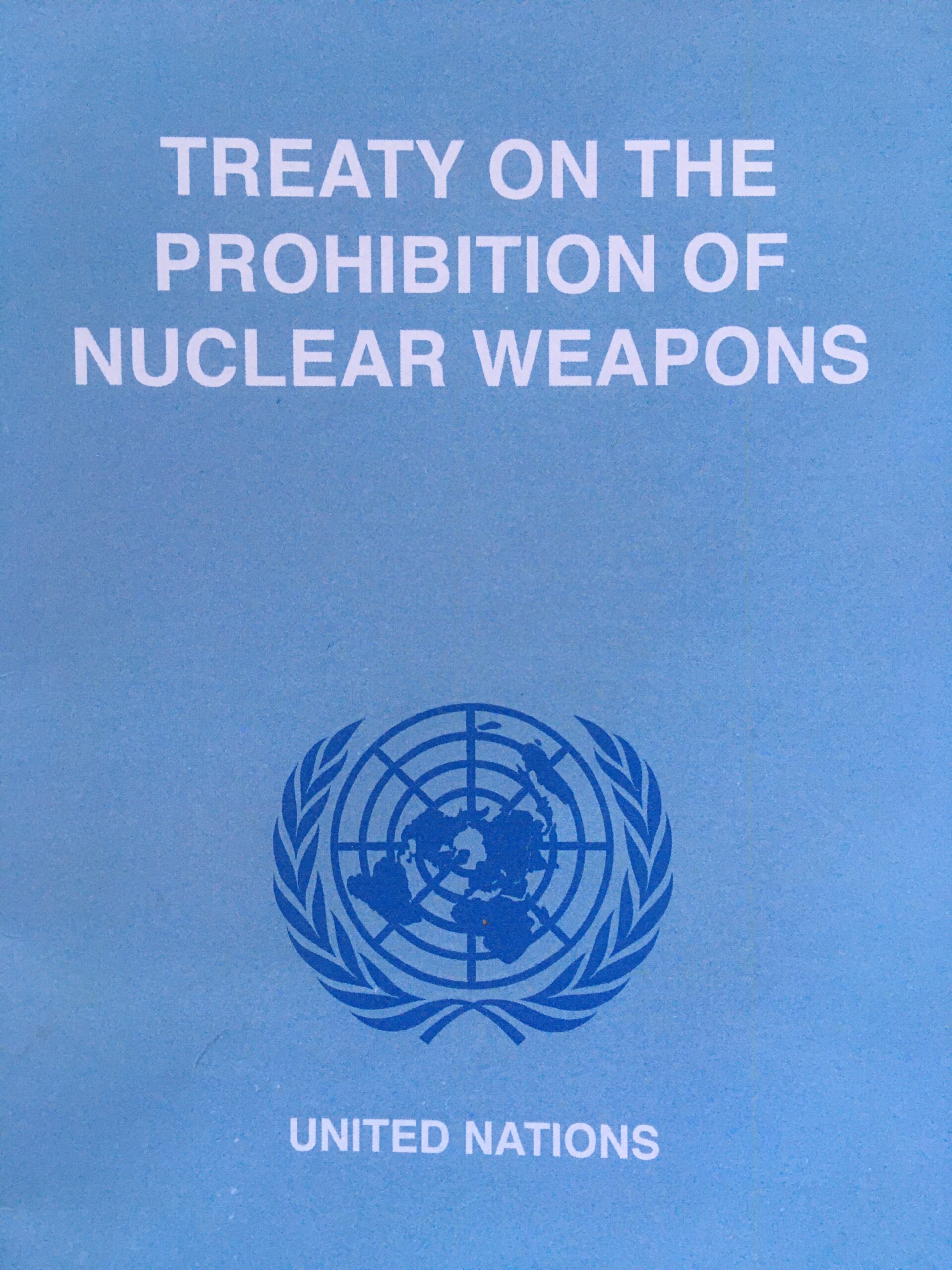 The Treaty on the Prohibition of Nuclear Weapons was adopted at the United Nations on July 7th, 2017.

It outlaws everything to do with nuclear weapons.

It places nuclear weapons in exactly the same category as chemical and biological weapons, which are also banned by international treaty.

It establishes an international norm that treats nuclear weapons as unacceptable to the civilized world.

It makes it illegal in the countries that join it to “assist, encourage or induce, in any way, anyone to engage in any activity” that is prohibited by this treaty.

The importance of this treaty cannot be overstated. It does not by itself eliminate these weapons, but it will undoubtedly lead to their elimination.

The US should sign this treaty along with the rest of the world. Click on the links below to learn more.

To order copies of the Treaty booklet, send number of booklets requested plus address (in the U.S. only) to send them to, to info@nuclearban.us

To make a donation to help cover the cost of printing and postage ($2.00 each), plus go to: nuclearban.us/donate or send a check made out to “NuclearBan.US” to:

More information about the Treaty on the Prohibition of Nuclear Weapons:

What does the Treaty do?

Why do we need the Treaty?

Who has signed the Treaty so far?

Which countries have nuclear weapons?

Have the nuclear-armed countries signed the Treaty?

Why the Treaty is a Game-Changer