NuclearBan.US is a 501c4 non-profit organization committed to the total elimination of nuclear weapons and the use of all those wasted human, financial and political resources to finally and seriously address the climate crisis and global inequality through a Green New Deal.

The Treaty on the Prohibition of Nuclear Weapons, agreed in 2017 by 122 countries at the United Nations, bans everything to do with nuclear weapons, no “ands”, “ifs” or “buts”! The Paris Climate Agreement, agreed in 2016 by every country in the world, commits every country to take every possible step necessary to reduce carbon emissions. These, and many other treaties and agreements, represent the overwhelming consensus of world public opinion on what can and must be done to save this planet.

NuclearBan.US is committed to using the Nuclear Ban Treaty and the Paris Climate Agreement as tools to educate people across the US to support nuclear weapons abolition and a Green New Deal. In particular, our Treaty Compliance Campaign is about getting individuals, businesses, faith communities, schools, organizations, cities and states to work towards ‘complying’ with these international agreements, by disconnecting and divesting, as far as possible, from both fossil fuels and the nuclear weapons industry. We are calling this “Treaty Alignment” and it sends a powerful message: The age of nuclear weapons and fossil fuels is now over, and we must move on to a different way of relating to the rest of the world and to the planet. 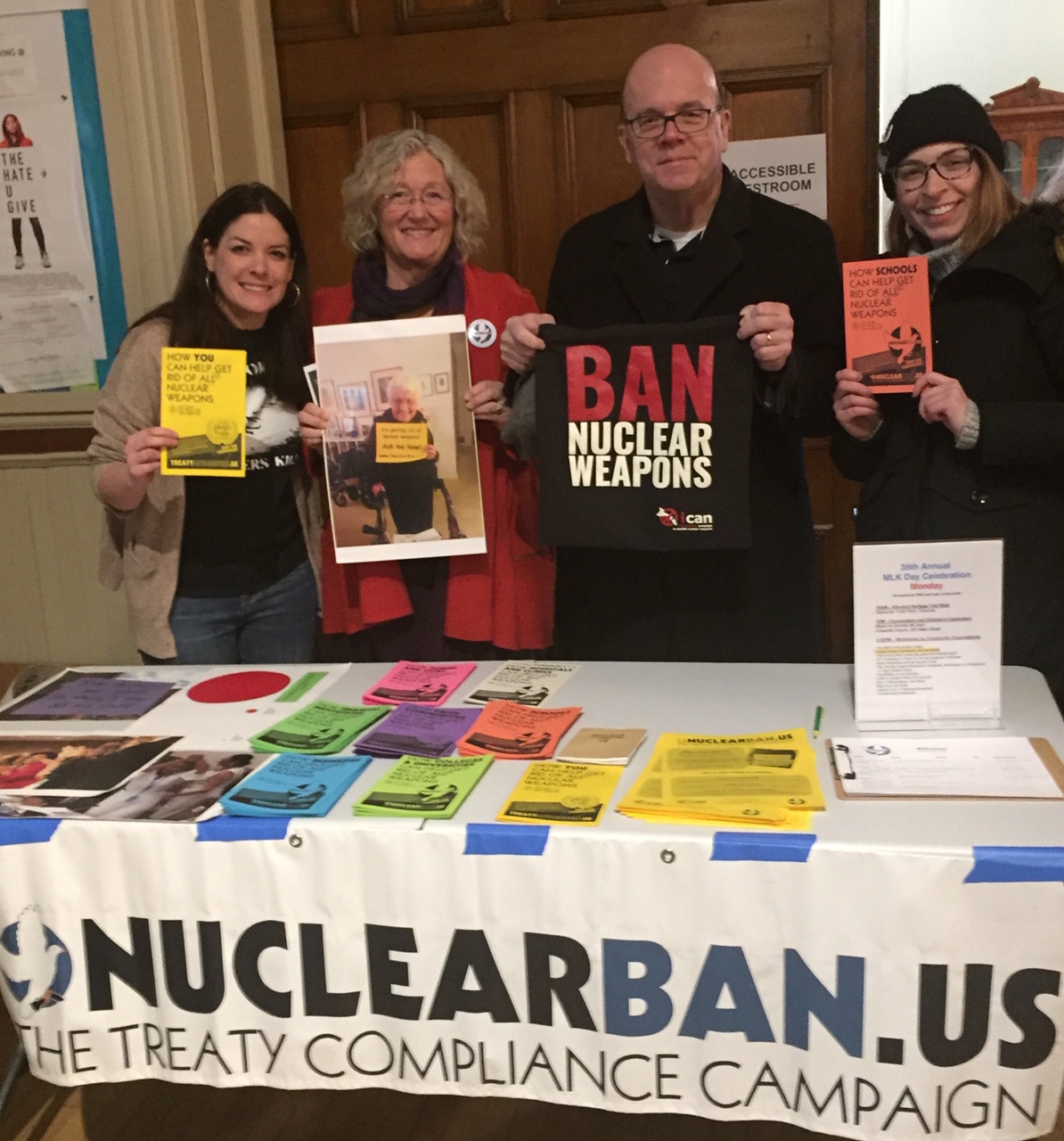 As a campaign, we aim to be open, inclusive, cooperative, creative, enthusiastic, joyful, democratic, transparent and accountable. We celebrate our differences and encourage fresh thinking to find new ways to solve a 70-year-old problem.

We are working for the total elimination of all nuclear weapons and for a complete end to the burning of fossil fuels. We need to stand in solidarity with the rest of the world on these issues, and end these threats to our survival before it’s too late.

Our mission is to contribute to the total elimination of nuclear weapons and the use of all those wasted human, financial and political resources to finally and seriously address the climate crisis and global inequality through a Green New Deal.

In order to get the United States to join the Nuclear Ban Treaty and implement a Green New Deal, our goals are:

We are proud to partner and work with the following organizations: