US Opinion on Nuclear Weapons – September 2019 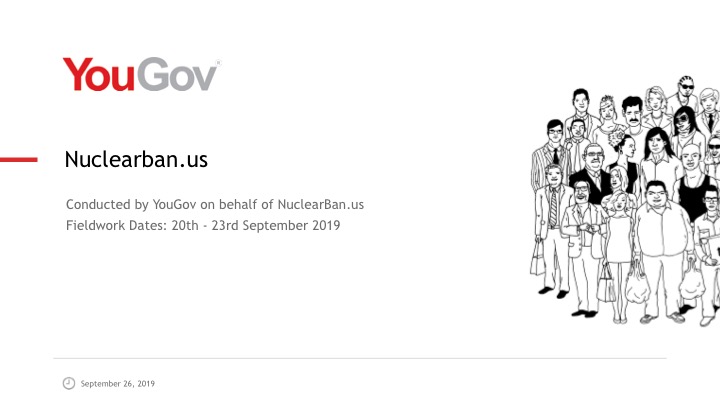 An international treaty banning the development, production, deployment and use of nuclear weapons was adopted in 2017 by 122 countries at the United Nations. The treaty puts nuclear weapons in the same category as other weapons of mass destruction (which have been banned previously by international treaty). So far, 70 countries have signed this treaty (i.e., they have agreed to comply with its terms) and of them, 26 have ratified it (i.e., they have passed legislation in their countries to ensure that they comply with its terms). The US has done neither.If you had to choose, which one, if any, of the following statements comes closest to your opinion on the matter?

A.The US should continue to ignore this treaty and hold on to its nuclear weapons regardless of what other countries think or do.

B. The US should work with the other nuclear armed countries to eliminate all nuclear weapons from all countries, in line with the new treaty. 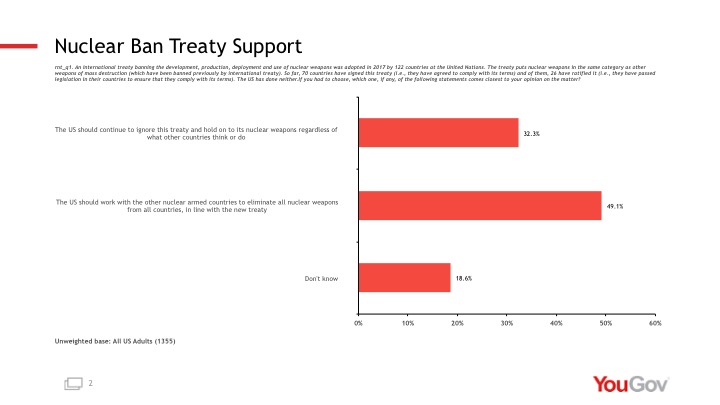 Poll results – by age and gender

Poll results – by region and race

Poll results – by education and by marital status

Poll results – by children and by income