Building Political Support for the TPNW 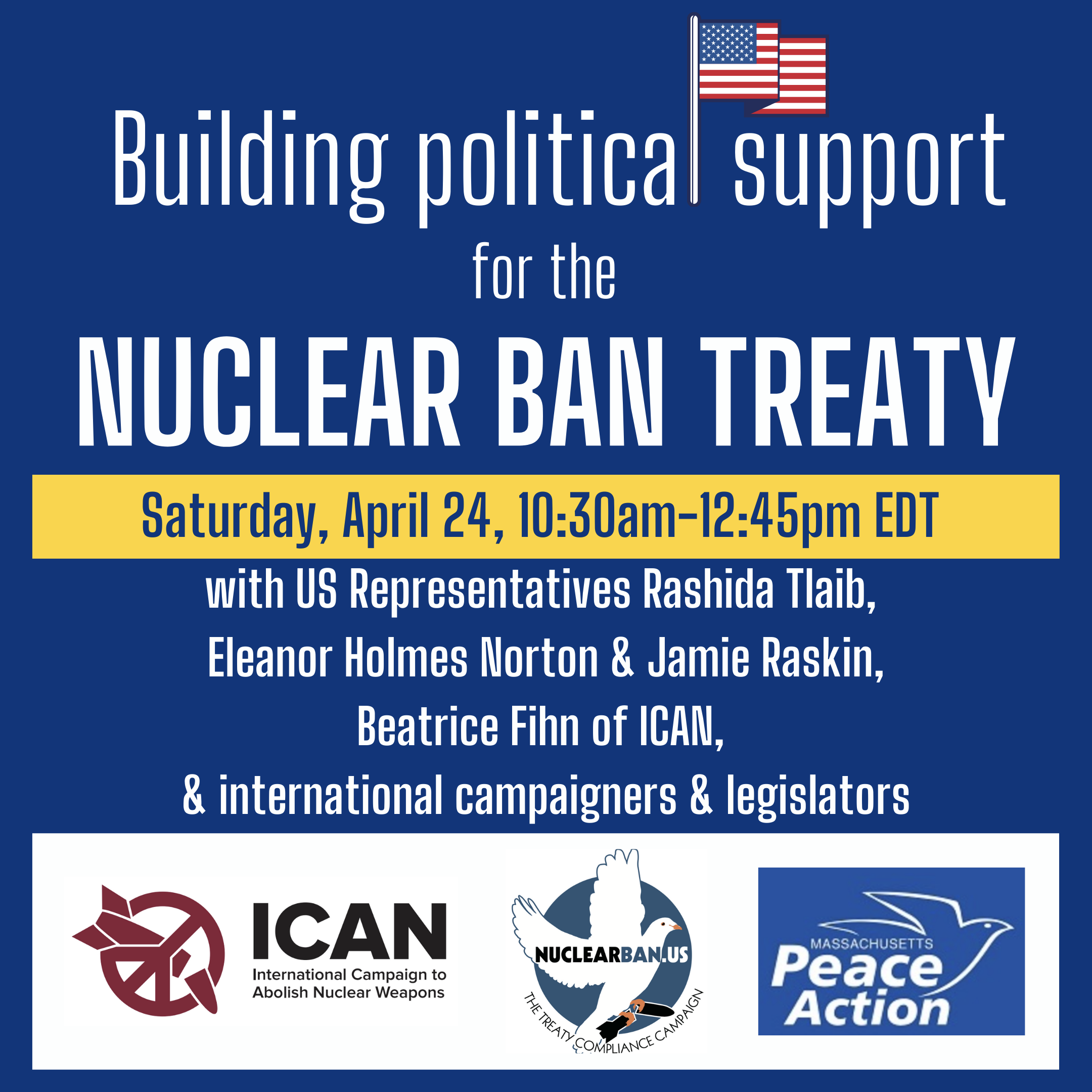 in Congress and at state and local levels

Participants will break up into small groups by state/region to write letters and emails to federal, state, and local representatives in their own states and districts.

Background on the ICAN Pledge and Nuclear Ban Treaty:

The Treaty on the Prohibition of Nuclear Weapons (TPNW) went into effect on January 22nd of this year. Everything to do with nuclear weapons is now illegal in 54 countries, and that number will continue to rise. In countries where governments are not yet ready to sign this treaty, their elected officials are pressuring them to do so. Over 250 parliamentarians in Italy have signed the ICAN Pledge, nearly 200 in Germany, over 100 in Australia, and almost every member of the Scottish Parliament.

So far, ten members of the US Congress have signed the ICAN Pledge. Join us on April 24th to hear from Beatrice Fihn, Executive Director of International Campaign to Abolish Nuclear Weapons (ICAN) and from ICAN campaigners around the world, on how they have successfully used the ICAN Pledge to build support for nuclear abolition in other nuclear-armed and nuclear-weapon-reliant countries. Also hear from US legislators who have signed the ICAN Pledge or are considering doing so. We will discuss how to get many more members of the US Congress to sign, and how this could begin to change the conversation about nuclear weapons in Washington towards a clear call for the abolition of these weapons. We will also look at how getting state and local legislators to sign the Pledge can help build pressure on Members of Congress to also sign.

Massachusetts Peace Action (MAPA) EVENT on Sept 26: World Without Nuclear Weapons: What We Can Do
September 24, 2021
Recent Articles
FROM OUR GALLERY