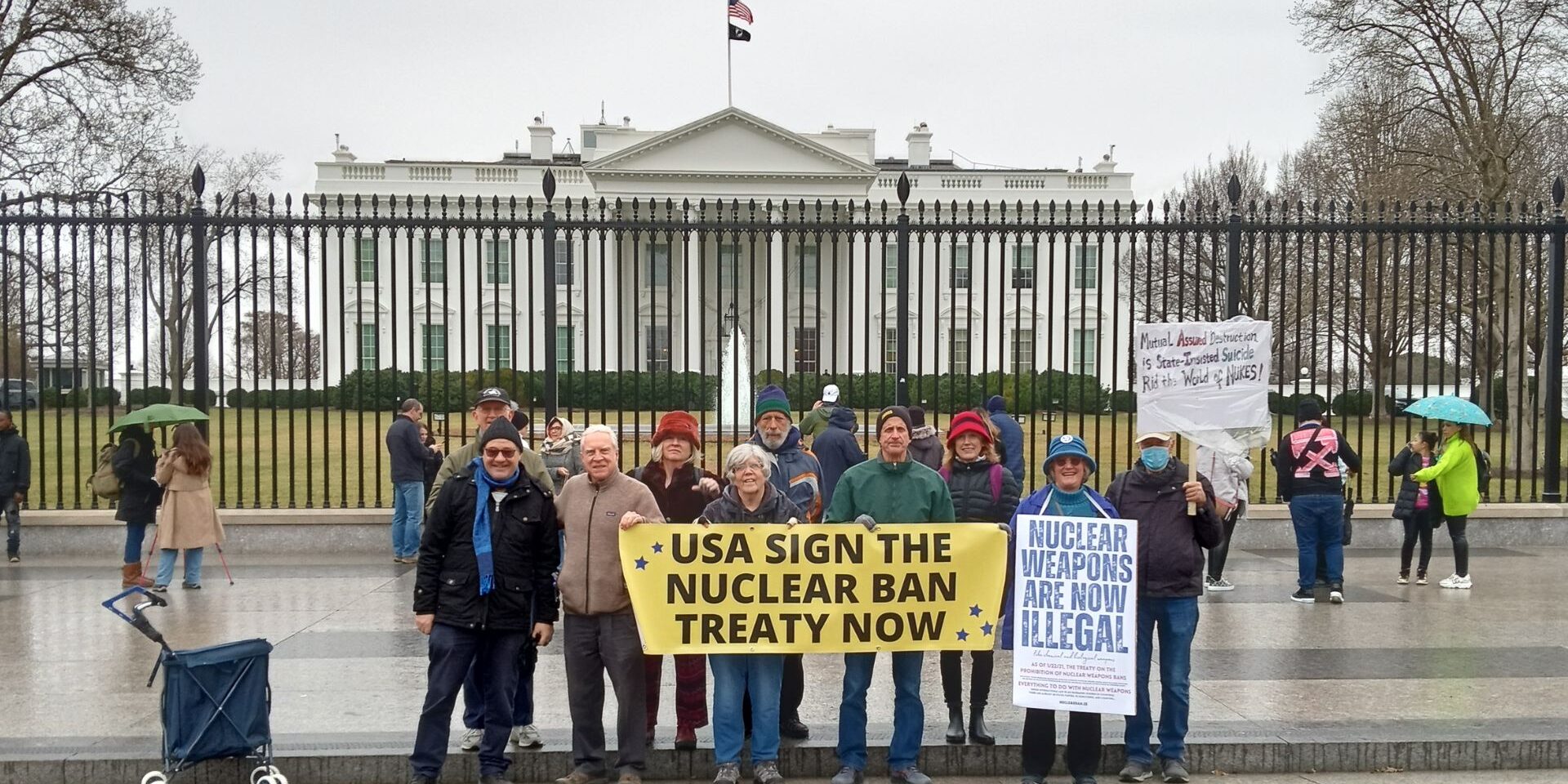 Sunday, January 22, 2023, Washington, DC: A letter* delivered today to President Biden and signed by over 100 national, state and local organizations calls on the President to sign the Treaty on the Prohibition of Nuclear Weapons (TPNW or “Nuclear Ban Treaty”).

The Nuclear Ban Treaty prohibits everything to do with nuclear weapons. It entered into force on January 22, 2021, and as of January 2023, is now the law in 68 countries. A further 27 countries are in the process of ratifying the treaty, and many more have committed to signing and ratifying.

Peace campaigners were out on the streets at numerous locations across the country today to commemorate the 2nd anniversary of this treaty entering into force and calling on the President to sign it. The letter, supported nationally by Peace Action, Veterans for Peace, CodePink, World Beyond War, Pax Christi USA, Nuclear Age Peace Foundation, Women’s International League for Peace and Freedom, Fellowship of Reconciliation USA, and others, provides the President with six compelling reasons why he can – and should – sign this treaty now.

For example, signing the Nuclear Ban Treaty would be a statement of intention to fulfill a legal commitment the US made 55 years ago, when it signed the Nuclear Non-Proliferation Treaty and agreed to negotiate the elimination of all nuclear arsenals “in good faith” and “at an early date.”

The letter points out that by signing the TPNW, the US could begin the monumental shift of money, brainpower and infrastructure from nuclear weapons to urgently needed climate solutions.

*Full text of the letter and a list of organizations who have signed it is available at: https://www.nuclearban.us/president-biden-sign-the-tpnw/