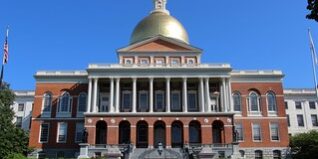 If you are not able to testify virtually, Please submit written testimony to Dave McNeill (david.mcneill@mahouse.gov) and Cara Libman (cara.libman@masenate.gov).

The state legislature’s Committee on Public Safety and Homeland Security will hear testimony on two bills (a) Nuclear Weapon Commission Bill (S.1555) and Back from the Brink Resolution Bill (S.1556) introduced by Senator Joanne M. Comerford on Wednesday, July 21at 10:00 am EDT.

Nuclear Weapon Commission Bill – S. 1555 – Resolve Providing for an investigation and study by a special commission relative to the existential threat posed by nuclear weapons to the commonwealth of Massachusetts.

Back from the Resolution Bill – S. 1556 – Resolutions relative to the existential threat posed by nuclear weapons to the Commonwealth of Massachusetts.

The hearing will start at 10:00 am and will be conducted by video.

What does the Bill say?

This bill would establish a Citizens Commission to explore how Massachusetts could be in alignment with the UN Treaty on the Prohibition of Nuclear Weapons. The Commission would report back to the State Legislature with a recommendation.

What is the UN Treaty?

One hundred twenty-two countries adopted the 2017 UN Treaty on the Prohibition of Nuclear Weapons at the United Nations in 2017. It outlaws everything to do with nuclear weapons and the treaty entered into force on January 22, 2021

What would the Commission do?
The Commission would meet to conduct research, gather evidence and testimony, and report the implications and effects of treaty alignment by the state on jobs and the economy, including state investments and contracts. The Commission’s report would include a clear recommendation to state legislators on how best to proceed with treaty alignment at the state level.

Who would be on the Commission?
The appointees to the Commission would have a range of geographical, political, and demographic backgrounds. Anyone could publicly apply, but the Bill prohibits anyone involved in producing or maintaining nuclear weapons from being appointed to the Commission.

Why is this a state issue?
Nuclear weapons, like climate change, pose an existential threat to the citizens of this state, along with everyone else on the planet. Given the lack of leadership in dealing with these issues at the federal level, it is all the more important that states like Massachusetts step up to the plate and show some leadership. It is a responsible and prudent step for any state to look into how a Treaty like this might affect jobs, communities, and the state’s economy, even if the US does not sign it.

How would this resolve impact other states, the federal government, and/or other countries?
Other states are already looking at similar legislation and at what they can do to address this issue adequately. By showing that Massachusetts takes this Treaty seriously, it is also sending an important message of solidarity and support to other countries worldwide, many of whom are reluctant to sign and ratify the Treaty because of the pressures they are under from our government.

How is Massachusetts connected with nuclear weapons?
Hanscom airforce base near Lexington is a nuclear command and control center. Draper Labs in Cambridge designs the guidance systems for US nuclear missiles. Other companies operating in Massachusetts, including Raytheon, Textron, General Dynamics, and Honeywell, are directly involved in producing and maintaining nuclear weapons in other parts of the country. State pension funds and other state funds are invested in these and other nuclear weapons companies. And state contracts are awarded to these companies.

What are the possible implications of aligning MA with the Treaty?
Nuclear weapons companies employ thousands of people and bring millions of dollars of federal contracts into the state. But those dollars and those jobs are urgently needed to address climate change and other pressing social needs. The Citizens Commission will look at how such a transition might take place, given that sooner or later, jobs and income from the nuclear weapons business may no longer be available.

Why should this Bill be given priority?
These are important and also controversial issues. Massachusetts must take a stand. But there must also be space for more discussion, dialogue, study, and research in order to arrive at the best decision for the people of Massachusetts. This Bill does no more than setting up a process for doing just that. It is a sensible, prudent, and responsible approach to take.

Please take action to eliminate this existential threat. Reach out to info@nuclearban.us if you have any questions or need support with talking points.