MA: Session ends without a vote on nuclear commission bill 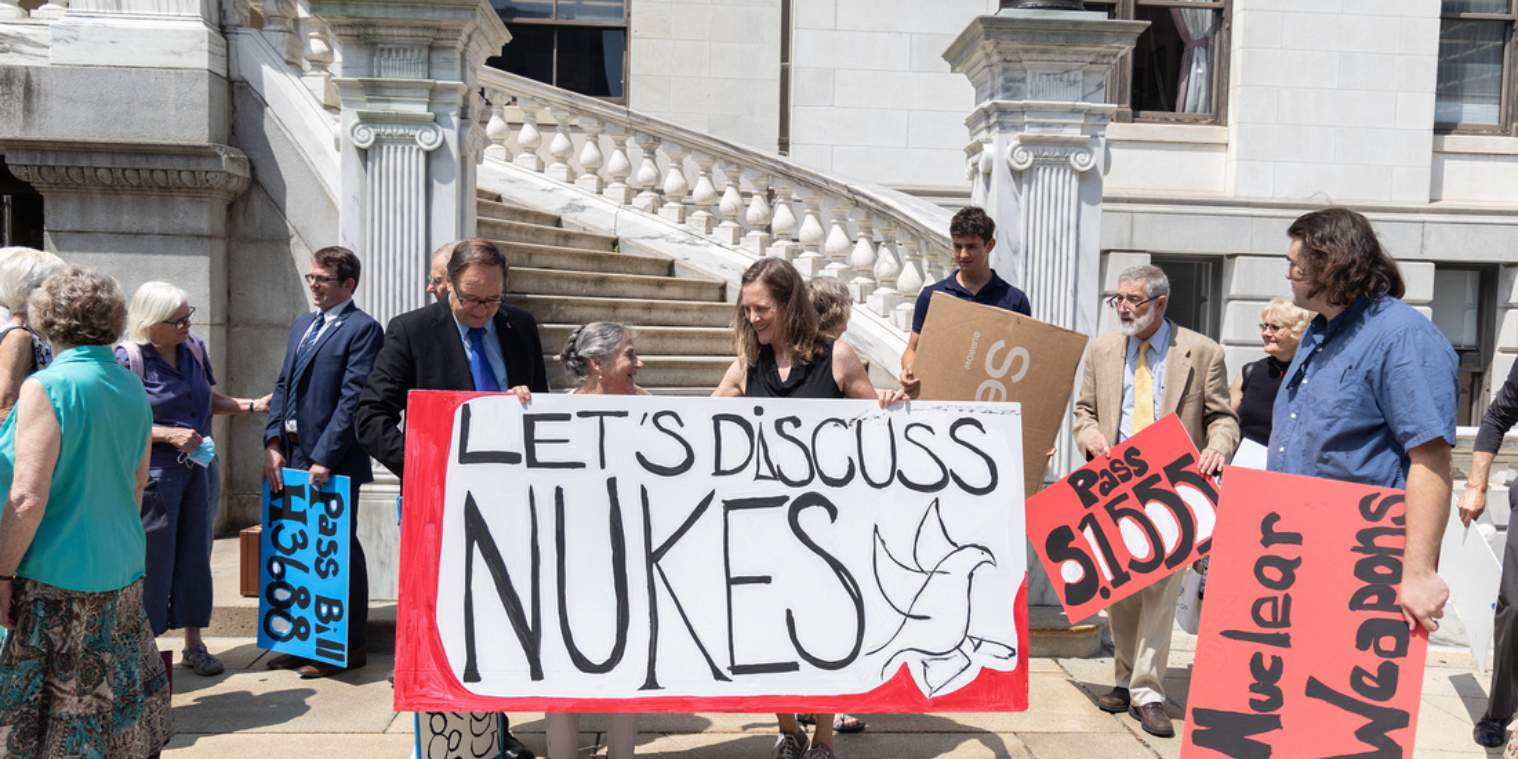 Despite enormous efforts by nuclear campaigners from Massachusetts Peace Action (MAPA), the State House session for 2021-22 ended on July 31st without a vote on H.3688/S.1555, a bill that would have set up a Citizens Commission to investigate the impact of nuclear weapons on Massachusetts and what the state could do about it.

The bill, introduced by Rep. Lindsay Sabadosa in the House and Senator Jo Comerford in the Senate, made it successfully out of committee in May of this year, after having failed to do so during the 2019-20 session. Over 300 campaigners from across the state took part in zoom calls, in-person meetings, email exchanges and phone calls with their state representatives to try to get the bill passed. Meanwhile a group of stalwart campaigners were in the State House almost every day trying to talk directly to state reps and their staff about the bill.

In the end, the bill had the committed support of 23 out of 40 State Senators and 46 out of the 150 or so State Representatives. Another 28 reps said they were “considering” support for the bill, adding up to just two votes short of a majority in the House. Even with a clear majority in the Senate, the State House leadership were unwilling to put it to a vote. That leaves campaigners with a decision about what to do next.

The bill could be filed again in January to start the process all over again for a third time. There is also the option of going directly to the MA Governor to ask for this commission to be set up, bypassing the state legislature altogether, as was successful done in 1985, when Massachusetts governor Michael Dukakis set up a similar commission. A final option would be for campaigners to establish their own commission and aim to have more specific recommendations to put to a future session of the State House.