Campaigners Call for Peace in Ukraine 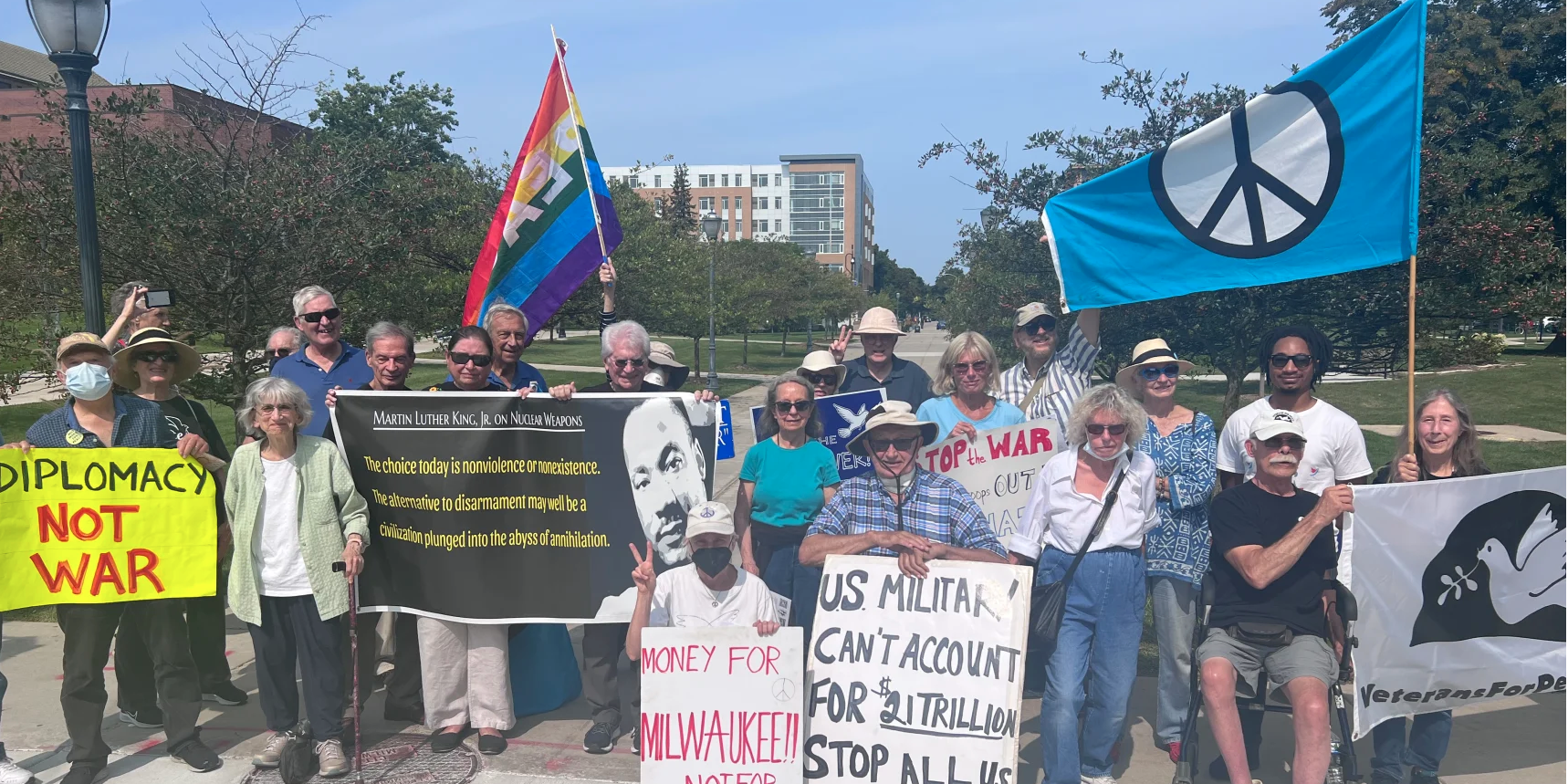 Peace campaigners across the country were out on the streets on Sept 15th to protest the the latest request from the Biden administration for $13.7 billion in military aid for Ukraine. This would bring the total military aid to Ukraine so far this year to $67 billion – $5 billion more than the entire 2021 military budget of Russia itself, according to the Stockholm Institute for Peace Research.

The nation-wide protest on Sept 15th was organized by the Peace in Ukraine Coalition–CODEPINK, Veterans for Peace, Democratic Socialists of America, Massachusetts Peace Action, Women’s International League for Peace and Freedom-US and other organizations. Protesters were calling for a ceasefire in Ukraine and an end to US military aid which is fueling the conflict. US military aid to Ukraine is not only prolonging this war and causing more death and misery for millions of Ukrainians, but increasingly threatening to draw the United States and Russia into a direct confrontation with nuclear weapons.