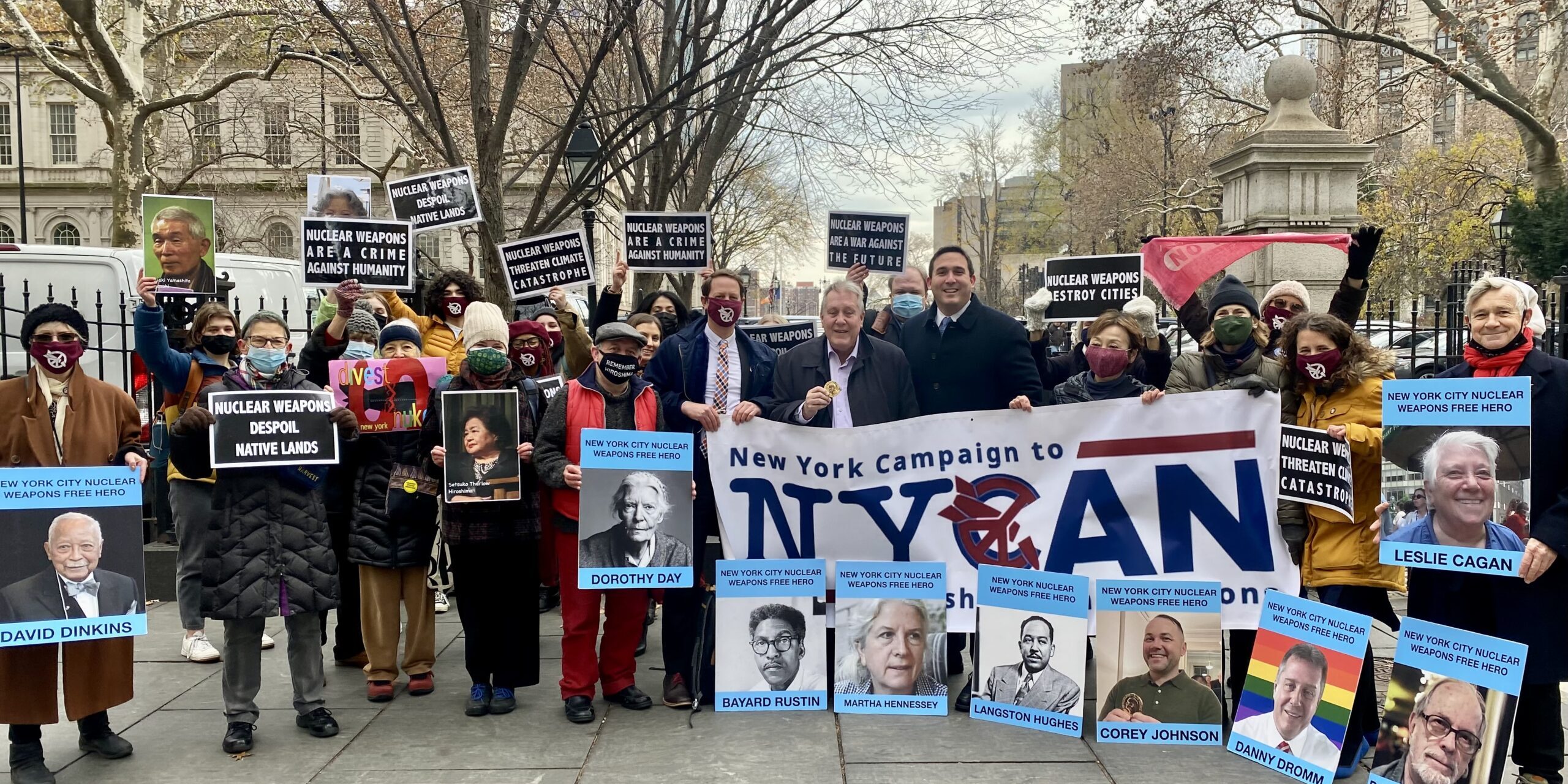 The city of New York has made an important leap towards de-funding the production of nuclear weapons. The city council passed binding resolutions that include a legal obligation to divest itself of all investments that include any aspect of nuclear weapons' design or production. That may represent a divestment of almost a half billion dollars. This is ground-breaking news that will drive attention and support for the UN's Treaty on the Prohibition of Nuclear Weapons.

The NY resolution further establishes an advisory committee to educate the public and will recommend policy on issues related to nuclear disarmament. The resolution also reaffirms New York City as a Nuclear Free Zone.

These resolutions are the culmination of years of persistent advocacy by campaigners in New York and across the country, in particular the New York Campaign to Abolish Nuclear Weapons of which NuclearBan.us has been a longstanding ally. 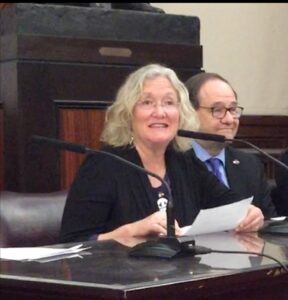 Vicki Elson and Timmon Wallis of NuclearBan.US testify at the hearings on New York City divesting its pension funds from the nuclear weapons industry, January 28, 2020.

NuclearBan.us seeks assistance from citizens who are constituents of members of Congress who may be open to signing the Legislative Pledge for the Treaty. Let us help you fashion an effective request. Write us at info@nuclearban.us.