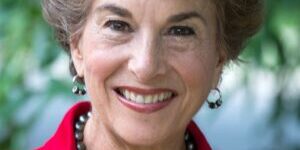 October 5, 2022: US Representative Jan Schakowsky of Illinois has today become the 15th Member of Congress to co-sponsor the Norton Bill, H.R. 2850, calling on the US to sign and ratify the Nuclear Ban Treaty (TPNW) and eliminate its nuclear arsenal, along with the nuclear arsenals of the other 8 nuclear-armed nations. Three additional Members of Congress have signed the ICAN Pledge (but not yet co-sponsored the Norton Billl) which also calls on the US to sign and ratify the TPNW. US Rep Don Beyer of Virginia has also publicly called for the US to sign the Nuclear Ban Treaty but not yet signed on to either of these.

More than 2,000 legislators from around the world have so far signed the ICAN Pledge, calling for their country to join the Nuclear Ban Treaty. Many of these are from countries like Germany, Australia, Netherlands, Belgium, Sweden and Finland – countries that belong to NATO or are part of other US nuclear alliances and have not yet joined the Treaty. All of these countries, however, were in attendance as observers at the first review meeting of the Treaty in June of this year.

Out of 195 member states of the UN, a total of 91 countries have so far signed the Nuclear Ban Treaty and 68 have ratified it. Many more will do so in the coming months and years, including the US allies just listed. The world is demanding the total elimination of these extinction-level weapons of mass destruction before it’s too late. It is time for the US to change course and support this effort.

The US government is already legally committed to negotiating the total abolition of its nuclear weapons under Article VI of the Non-Proliferation Treaty (NPT) – which is US law. Signing the new Nuclear Ban Treaty, therefore, is nothing more than re-affirming a commitment it has already made. Before the Treaty is ratified and any disarmament actually takes place, there is ample time to negotiate protocols with the other nuclear armed nations to ensure all nuclear weapons are eliminated from all countries, in accordance with the aims of the Treaty.