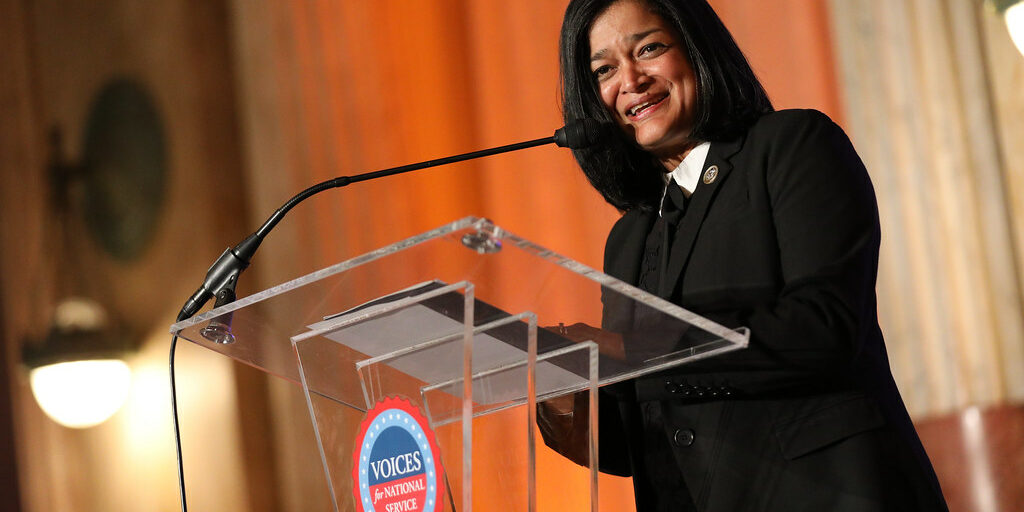 On Friday, October 11, Representative Pramila Jayapal became the eighth current member of the United States Congress to sign the ICAN Parliamentary/Legislative Pledge, committing herself to forwarding the work of the UN’s groundbreaking Treaty for the Prohibition of Nuclear Weapons, which was adopted in July of 2017. Jayapal is the representative for Washington’s 7th District and has an impressive record as a consistent voice for peace, climate change issues, renewable energy and human rights.  In addition to co-chairing the Progressive Congressional Caucus, she serves on the Budget, Education and Labor and Judiciary Congressional subcommittees.

ICAN, the International Campaign to Abolish Nuclear Weapons, created the Parliamentary/Legislative Pledge to garner support from individuals in governing bodies around the globe to work for the signature and ratification of the UN Treaty for the Prohibition of Nuclear Weapons, for which ICAN won the Nobel Peace Prize in 2017.

122 countries voted for the adoption of The Treaty, which prohibits nuclear weapons’ use, production and possession.  When it is signed and ratified by 50 countries it will become international law.

Before her time as a representative Rep. Jayapal had a long career in public health and women’s, civil, human and immigration rights.  The bulk of that time was spent working as the founder and Executive Director of OneAmerica, one of the largest immigration advocacy organizations in the country.

As the Co-Chair of the Progressive Congressional Caucus, her signature could spur other members of congress into action, demonstrating clearly that the abolition of nuclear weapons has tremendous support in the United States.  Jayapal is quoted as saying, ” We can never be afraid to stand up for what is right, no matter what others may say. And sometimes, if that means taking a lonely road, if what we are standing for is true, then perhaps moonlight or sunshine will light our way and make it less lonely.”

Photo by Voices for National Service