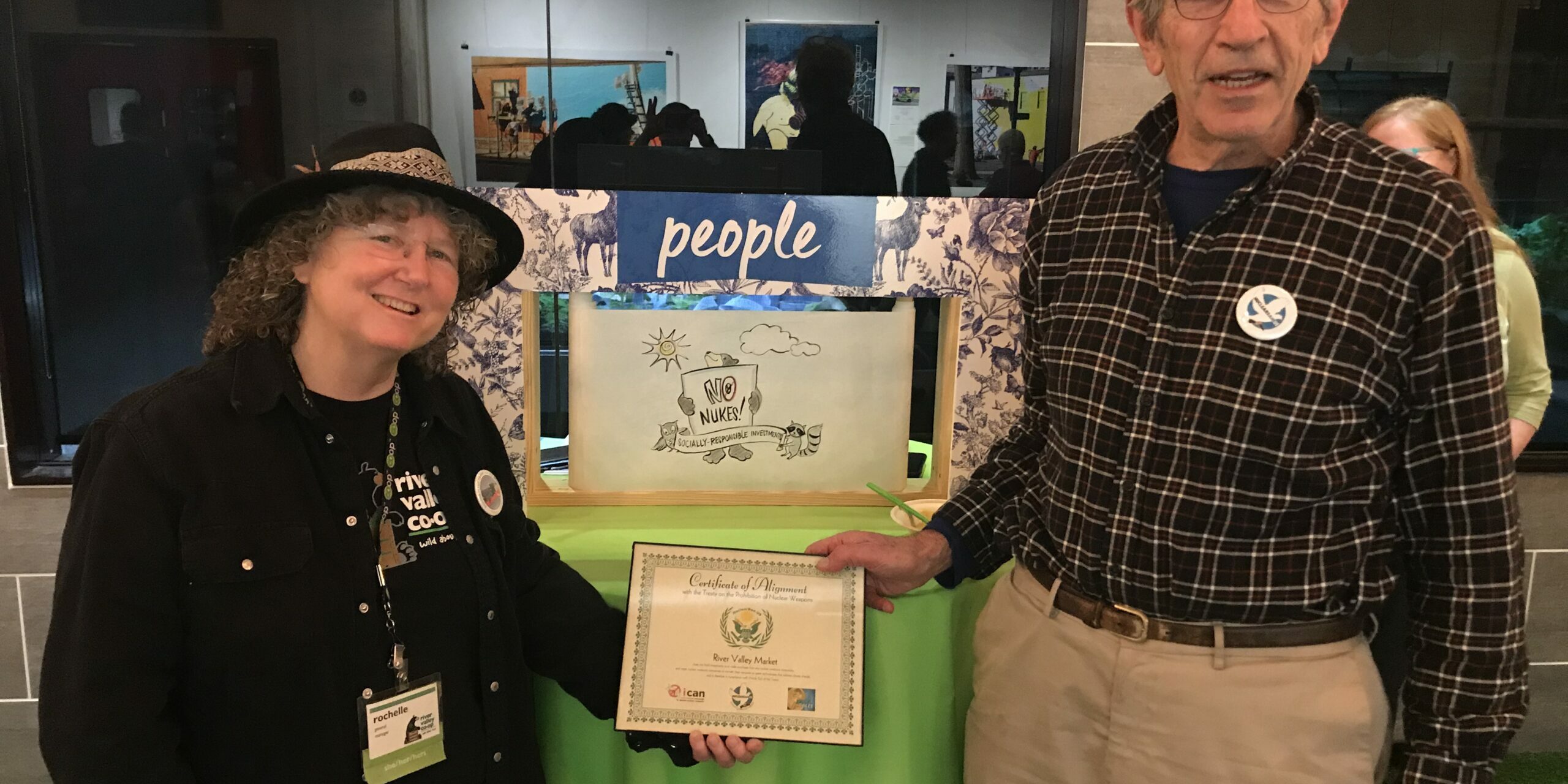 At the annual meeting of Northampton, Massachusetts food cooperative River Valley Market on December 6th, over 100 member-owners were present to hear management’s decision to align with the Treaty for the Prohibition of Nuclear Weapons. Andrew Larkin, of Nuclear and Carbon Free Future (NCFF), presented a certificate of treaty alignment to the store’s General Manager.

To align with the treaty, the market implemented a new 401(k) retirement plan with more socially responsible investment options, which included screening out 26 nuclear weapons companies.

General Manager Rochelle Prunty said she hopes that River Valley will set an example of nuclear weapons divestment for other businesses in the area and for food co-ops around the country. River Valley joins several other businesses in the Northampton area who have declared themselves aligned with the treaty, including Herrell’s Ice Cream, Broadside Bookshop, Cornucopia, Glimpse of Tibet, Acadia Herbals, and Paradise Copies.

The text of the certificate is below.

“Pressuring the Profiteers” Zoom event on June 26, 11 AM – 1 PM EDT
June 22, 2021
Representative Rashida Tlaib talks about the need to eliminate nuclear weapons.
May 19, 2021
Recent Articles
FROM OUR GALLERY