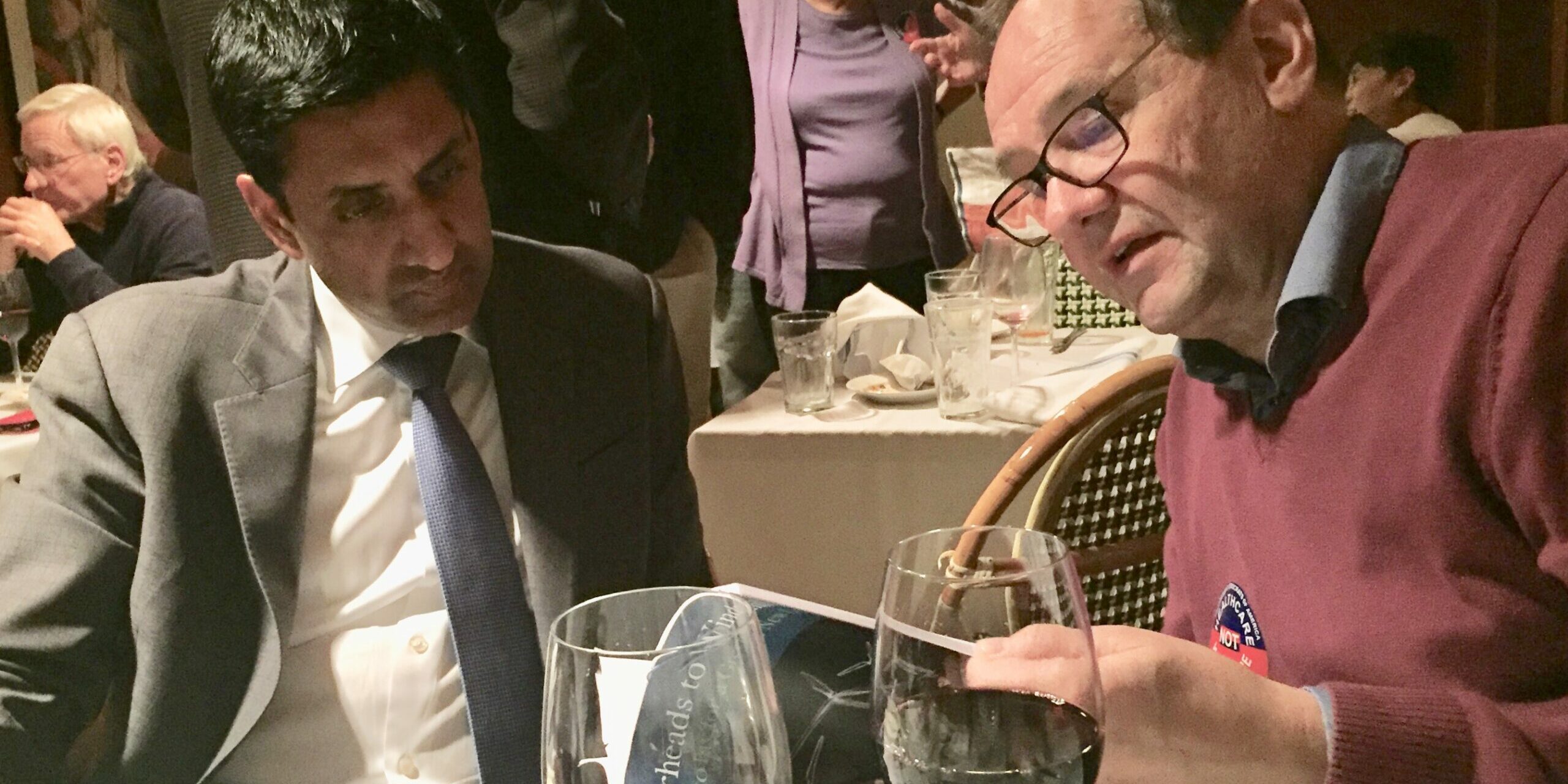 On October 24th, Representative Ro Khanna became the ninth current member of Congress to sign the ICAN Parliamentary/Legislative Pledge. Khanna was invited by Massachusetts Representative Jim McGovern to speak in Northampton, and, when approached by Tim Wallis and Vicki Elson of Nuclear Ban at their meeting, he agreed on the spot to sign the pledge.

Ro Khanna represents California’s 17th congressional district and is first vice chair of the Congressional Progressive Caucus. CPC co-chairs Rep. Mark Pocan and Rep. Pramila Jayapal have also signed the pledge. Members of the Progressive Caucus heard ICAN’s Executive Director Beatrice Fihn speak about the nuclear ban treaty at a CPC meeting in April of this year. Since then, supporters around the country have been urging all 98 members of the caucus to sign the pledge.

Rep. Khanna is one of six members of the House of Representatives and ten members of Congress who do not accept donations from PACs or corporations. He was one of the few US Representatives to endorse Bernie Sanders for president in 2016, and early this year was named co-chair of Sanders’ 2020 campaign.

About the ICAN Pledge and the UN Treaty

Over 1300 parliamentarians and congresspeople in 32 countries, 25 of which have yet to sign and ratify the treaty, have now signed the pledge, which was created by ICAN, the International Campaign to Abolish Nuclear Weapons, to commit elected representatives around the world to work towards the signature and ratification of the Treaty on the Prohibition of Nuclear Weapons. See a list of all US Congresspeople to sign the Pledge so far here. The treaty was adopted by 122 countries at the UN in July, 2017, and in October, 2017, ICAN won the Nobel Peace Prize for the treaty, which calls for the first comprehensive ban on nuclear weapons under international law. So far, 80 countries have signed the treaty and 34 have ratified it, with another 18 ratifications underway.