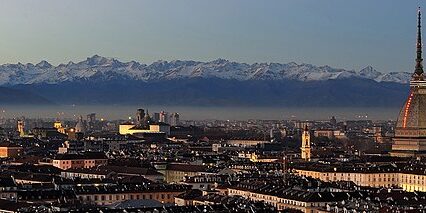 The capital city of Canada unanimously approved a motion to join the Cities Appeal by the International Campaign to Abolish Nuclear Weapons (ICAN). This Appeal calls on the Canadian government to sign and ratify the Treaty on the Prohibition of Nuclear Weapons (TPNW). The City Council recognized that nuclear bombs are the most inhumane weapons ever made, and acknowledged that the risk of a nuclear war is as high as it has ever been since the Cold War. The Council stated that “the peoples of the world will not be secure until the nuclear arms race is halted and nuclear weapons are prohibited and abolished”. This resolution is in line with the wishes of the Canadian people, with polls showing 74% of citizens in support of the TPNW.

On the other side of the world, Turin, Italy, also known as Torino, joined the ICAN Cities Appeal to sign the TPNW. They are now the 14th major municipality and the 55th city in Italy to have done so. The city stated “any use of nuclear weapons, whether intentional or accidental, would have catastrophic, vast and lasting consequences for humans and the environment. We therefore express our support for the Treaty on the Prohibition of Nuclear Weapons and we call on our national governments to adhere to it”.

In the words of United Nations Secretary General Antonio Guterres, “humanity remains one misunderstanding, one misstep, one miscalculation, one pushed button away from annihilation”. Ottawa and Turin exemplify a greater trend; countries not in possession of nuclear weapons are far more pro-abolition than those states that do have them. Pressure from the international community is mounting to eliminate the risk of that one nuclear mistake happening.