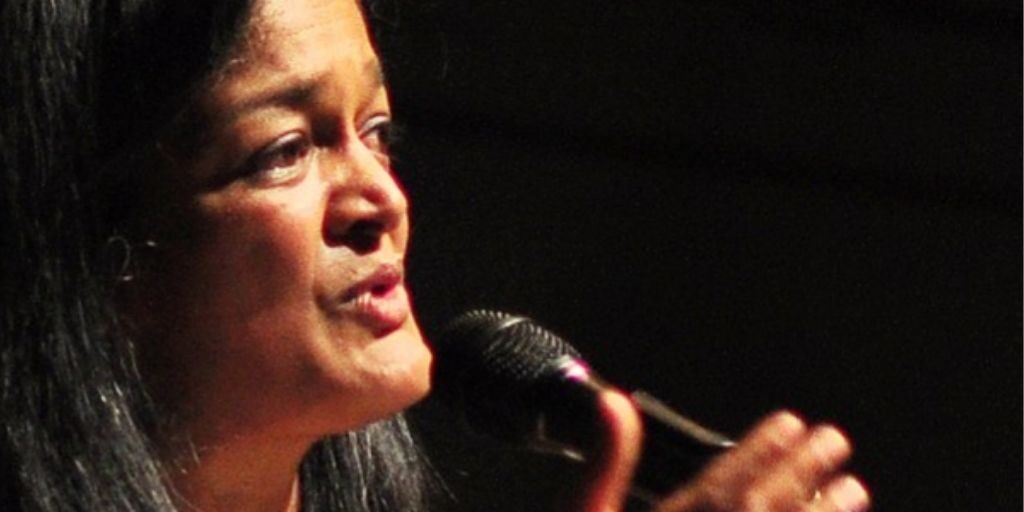 Washington, DC: U.S. Representative Pramila Jayapal (WA-7) has added her name to the list of co-sponsors of a bill that would abolish all nuclear weapons and use the money to address climate change and other pressing social needs.

Jayapal is the current chair of the Congressional Progressive Caucus and has been a consistent voice for peace, renewable energy and human rights. She became the first Indian-American Member of Congress in 2016, and was arrested along with 500 other protesters in 2018 during a sit-in against Trump’s “cruel and inhumane” immigration policy.

The Nuclear Weapons Abolition and Economic and Energy Conversion Act of 2021 (H.R.2850) is the 14th such bill introduced by Congresswoman Eleanor Holmes Norton of DC since 1994. This latest version of Norton’s bill calls on the United States to sign and ratify the Treaty on the Prohibition of Nuclear Weapons, and to redirect the resources currently used for nuclear weapons programs to instead address “human and infrastructure needs, including development and deployment of sustainable carbon-free and nuclear-free energy sources, health care, housing, education, agriculture, and environmental restoration…”

In a letter sent to President Biden in September, 2021, Rep. Jayapal, together with 28 other Members of Congress, reminded the President that: “You rightly highlighted our most pressing security needs when you first came to office, prioritizing the need to end the COVID-19 pandemic, to address climate change, to advance racial justice, and to restore the economy. Spending an estimated $634 billion on the U.S nuclear arsenal will only make addressing these critical priorities more difficult.”

The Norton bill, now co-sponsored by Rep. Jayapal and 10 other Members of Congress, calls for a radical shift in federal spending priorities – from spending billions on what Jayapal calls “costly, unnecessary, and deeply dangerous nuclear weapons” to instead addressing the real needs of people now and on the real threats we are facing today as a global community.

The current crisis in Ukraine is a reminder that nuclear weapons actually protect no one and serve no military purpose. Instead, they threaten us all with total annihilation. That threat will not go away until these weapons are finally abolished. Rep. Jayapal and her colleagues want to see the US now joining the rest of the world in making that happen.