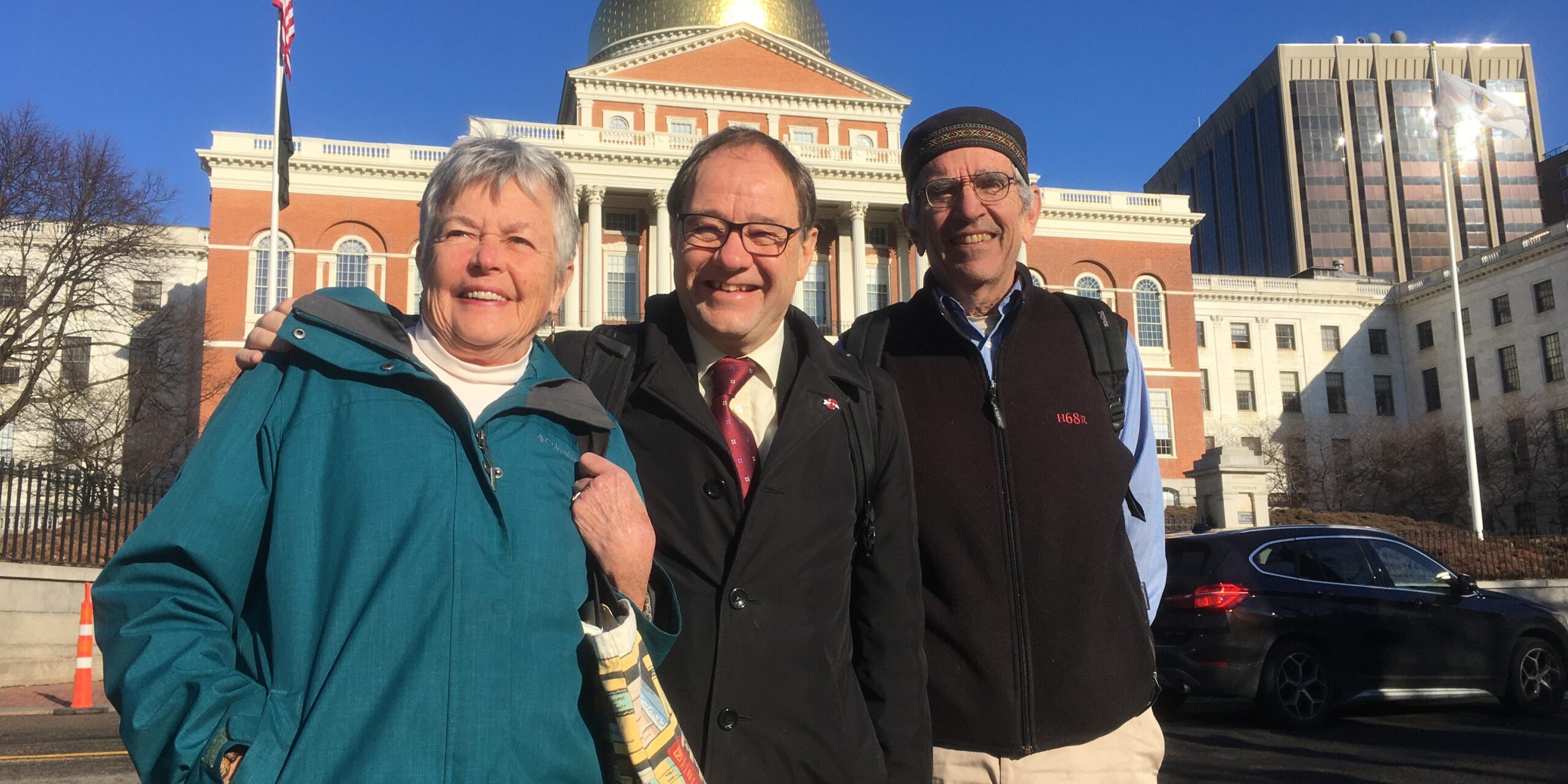 PHOTO: Susan Lantz, Timmon Wallis and Andy Larkin of Northampton in Boston to lobby for State Bill in Jan 2020

A bill in the MA State House that would establish a Citizens Commission to research and recommend to the state legislature ways to better protect the citizens of Massachusetts from the existential threat of nuclear weapons has been given an extension until May 4, 2022 to be voted out of committee. Peace and community organizations, faith communities and others from across the state are pushing for it to become law.

An online rally in support of the bill will take place on Saturday, March 26 at 3pm, hosted by Massachusetts Peace Action. Other co-sponsors include Greater Boston Physicians for Social Responsibility, Progressive Democrats of Northampton, Climate Action Now, New England Peace Pagoda, Lawrence Quaker Meeting, First Churches of Northampton and many others. More co-sponsors are joining daily.

The Nuclear Weapons Commission would conduct research and hold hearings with experts and local residents across the state. It would then report back to the state government with recommendations for future legislation. The Commission would cost Massachusetts taxpayers nothing.  It would commit the state to nothing. But by passing this bill, Massachusetts would be sending out a powerful message to the rest of the country: The people of Massachusetts want to see the elimination of nuclear weapons, and we are seriously looking into what that would look like and how it can be done.

Click here to register for the event, or here for more information.