Northampton Quakers Are First to Comply with UN Treaty 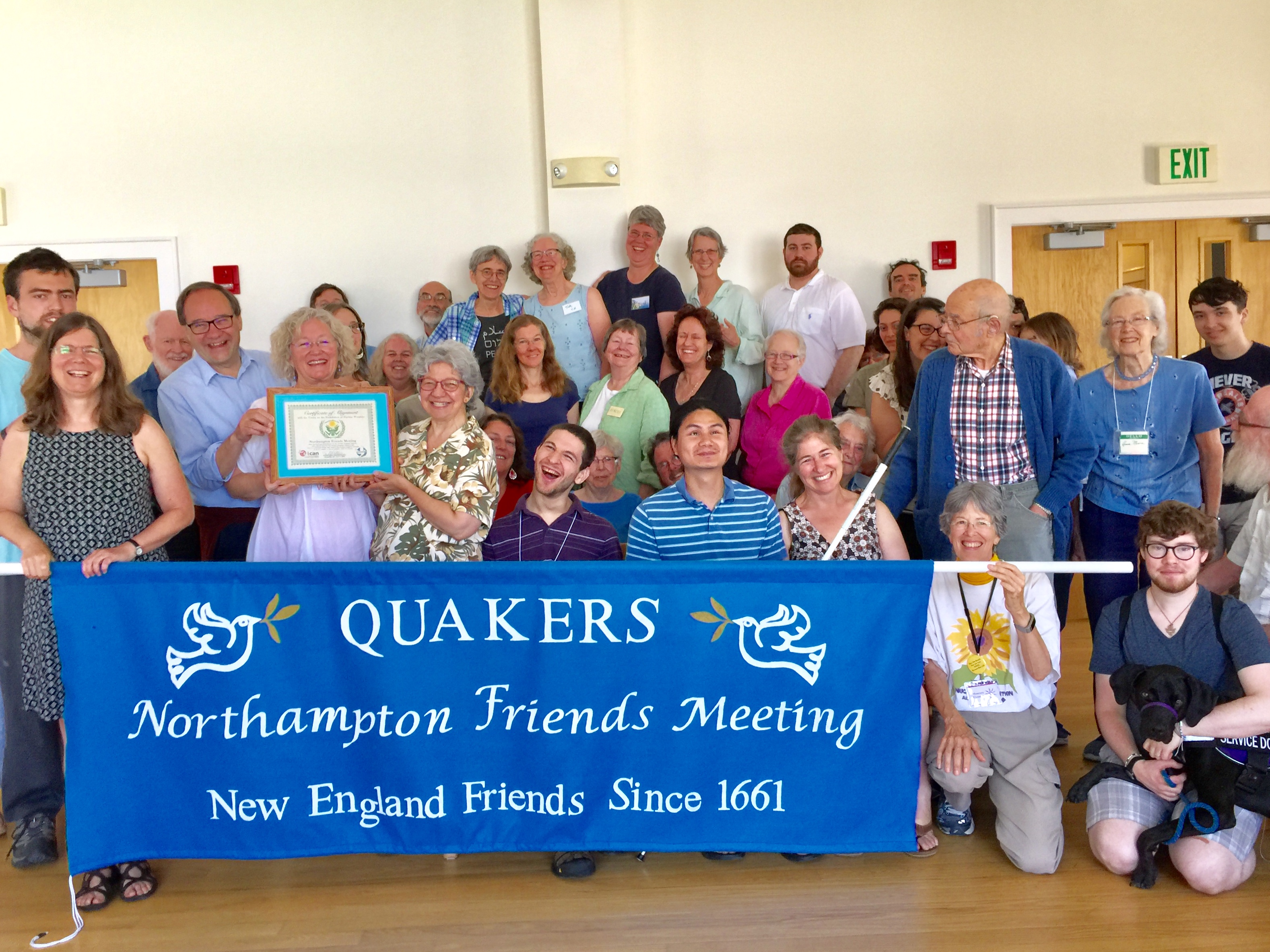 Northampton Friends receive a certificate for their efforts to comply with the Treaty on the Prohibition of Nuclear Weapons. Quaker Meeting House, Center Street, Northampton.

SUNDAY, JUNE 17: Northampton Friends Meeting (Quakers) today became the first faith community in the country to declare their compliance with the 2017 Treaty on the Prohibition of Nuclear Weapons (or Nuclear Ban Treaty).

The Nuclear Ban Treaty, adopted by 122 nations at the United Nations last year, comprehensively prohibits, under international law, the development, production, deployment, threat, and use of nuclear weapons. It also prohibits “assisting” others in carrying out any of the prohibited activities.

The Meeting took the decision in December last year “to examine the ways in which [the Meeting] is complicit in the nuclear weapons industry, including the funding of those activities through our investments, purchases, or other business transactions, and to plan for ways to eliminate or reduce that complicity in order to be compliant with the treaty.”

The Quakers found they had no investments in any of the 26 companies involved in the nuclear weapons industry in this country. However, they didhave thermostats made by Honeywell – a company which assembles nuclear weapons at the National Security Campus in Kansas City, MO. They also had a bank account with People’s United Bank, which has over $100 million invested in the company responsible for upgrading the propulsion systems on both Trident and Minuteman nuclear missiles (Orbital ATK).

Having done their research, the Meeting then wrote to these companies and urged them to stop their involvement in the nuclear weapons business. When the responses made clear that neither company was changing its policies, Northampton Quakers took the decision to boycott Honeywell products until they are in compliance with the Treaty, and to move their bank account from People’s United Bank. They notified the companies of that decision and were recognized for their efforts on Sunday, with a ‘Certificate of Alignment with the Treaty’ given to them by NuclearBan.US. Other faith communities in Hampshire County are now looking into ways they can be in alignment with the Treaty.