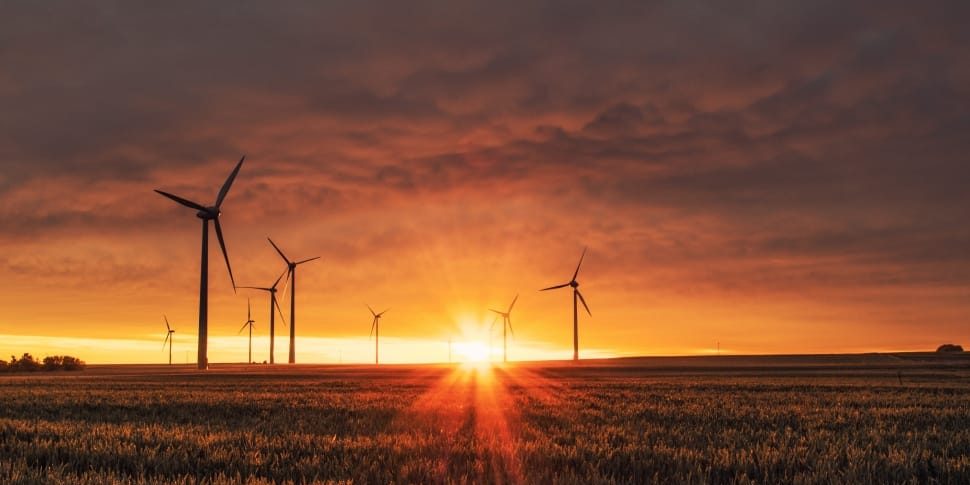 September 20, 2019: On a day that millions of people across the globe are out on strike to raise awareness about the climate crisis, a major milestone has been achieved in the race to replace fossil fuels with renewable energy. As of today, the US now has more installed wind power than nuclear power, as measured in megawatts (MW) of generating “capacity” (see below).

The American Wind Energy Association has reported that an additional 736 MW of wind generating capacity was added to the US electricity grid during the second quarter of 2019 (April-July). This brought the total generating capacity from 57,000 wind turbines in this country up to 97,960 MW.

Meanwhile, the closure of the last remaining nuclear reactor at Three Mile Island in Pennsylvania just reduced the total generating capacity from nuclear power by 819 MW. This means, according to World Nuclear Association figures, the total generating capacity from the remaining 97 nuclear power plants in the United States now stands at 97,722 MW – that is, 238 MW less than wind!

Solar capacity still lags behind wind and nuclear, but not for long.  Solar farms already in the works will soon bring the total US solar capacity to 117,000 MW, according to the Solar Energy Industry Association. In addition to these utility-scale systems, houses, farms, and businesses across the country are rapidly installing solar panels and wind turbines that are not included in these figures.

Even though the total capacity of wind and solar electricity is even higher than these figures suggest, it must be pointed out that “capacity” of an electricity source is not the same as the amount of electricity actually delivered to the customer. Nuclear power plants need to be shut down, sometimes for months, for routine maintenance, repairs and refueling. But when they are running, they are generating electricity fairly consistently around the clock.

Solar power is even more erratic than wind, due to clouds and nightfall. The EIA rates the average solar capacity factor at 25-26%. Once again, continuing developments in solar technology are steadily improving the capacity factor, with some newer systems now approaching 40%.

So, in terms of actual electricity generated, wind and solar still have some way to go before they surpass the actual electricity output of existing nuclear power plants. But the milestone reached today makes it clear that this is certainly possible. Who could have imagined, even a few years ago, that so much wind power would be up and running in this country by now?

The United States is still heavily dependent on fossil fuels for generating electricity, as well as for transportation, heating and other uses. According to the latest report from the Intergovernmental Panel on Climate Change, we have until 2030 to drastically reduce this dependence if we are to avert a climate catastrophe.

With a serious commitment from the next Administration, coupled with sufficient investment, moving to 100% fossil-free electricity in the next 10 years is entirely doable. Reaching other fossil-free targets may take longer (or cost more), but there is a clear pathway for doing so, and there is no time to spare. We must all being demanding a Green New Deal – and voting for one!