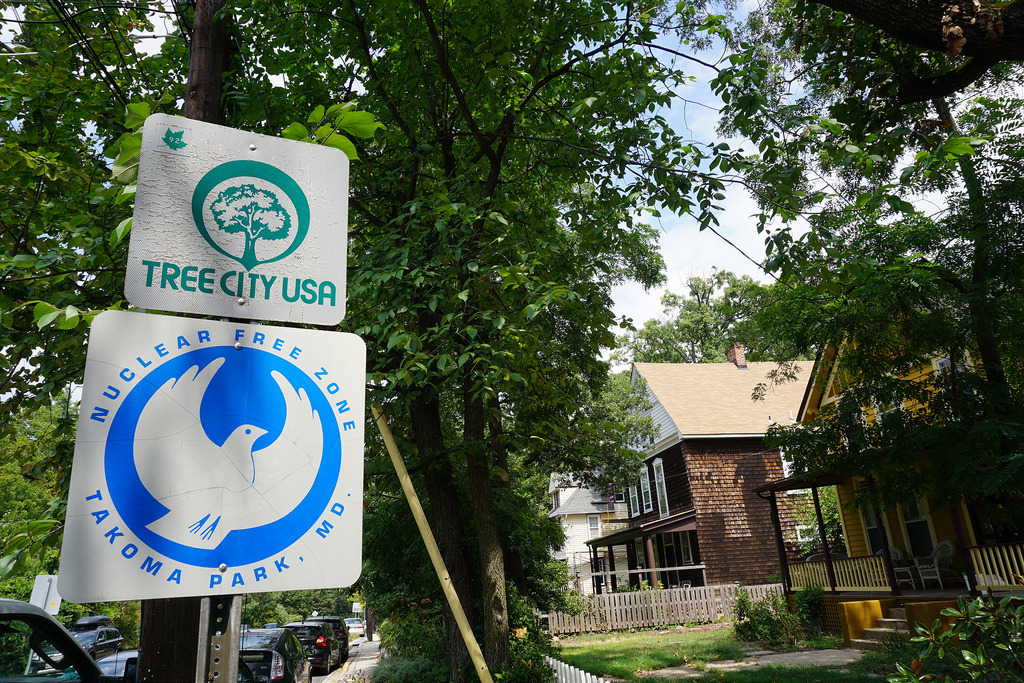 TAKOMA PARK, MD, March 15, 2018 — The City Council of Takoma Park, Maryland, last night (March 14th) voted unanimously on a resolution that reaffirms the city’s support for the Treaty on the Prohibition of Nuclear Weapons, or ‘Nuclear Ban Treaty.’

The Nuclear Ban Treaty was adopted last year at the UN by 122 countries. The Treaty comprehensively prohibits everything to do with nuclear weapons and makes these weapons illegal under international law. Fifty-seven countries have signed it so far, and as many as 146 countries are expected to sign it in the coming months.

The United States is not one of them, but as with the Paris Climate Agreement, that does not stop cities, states, businesses, colleges and faith communities from complying with this Treaty.

Since these prohibitions mean that Takoma Park already complies with the new Treaty, the March 14 resolution declaring the City ‘treaty compliant’ was more of a formality. As the first city in the US to do so, however, Takoma Park has led the way for many more to follow.

As many as 220 Nuclear Free Zones were established across the US during the 1980s. Many of these, including Chicago, still have legally-binding ordinances on their books which comply with the new Treaty. Others, including New York City, are now looking into this afresh in light of this Treaty.

By aligning themselves with the rest of the world in support of the Nuclear Ban Treaty, Takoma Park is turning its back on the $1.2 trillion plans to upgrade and modernize the US nuclear arsenal. Takoma Park is the first to officially do so, but it will not be the last.